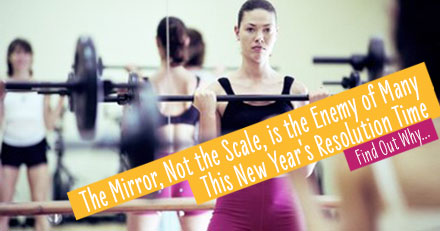 For years Blanca Ramirez, like many Americans, started each new year with a resolution to lose weight. But no more. “I lost 55 pounds this year and the weight is rolling off and will stay off,” said the 42 year-old, married, mother of three. Ramirez underwent bariatric surgery at Loyola Center for Metabolic Surgery & Bariatric Care in August and has lost 55 pounds in four months.

According to a study released in December, 2012, more than a quarter (27.8%) of Americans are obese. The United Health Foundation also reports that 30.8 % of American adults have high blood pressure.

Chand says there are many reasons that spur people to choose weight-loss surgery, from years of trying and failing to lose weight to experiencing a serious health scare. For Chicago-area resident Blanca Ramirez, it was her own reflection that spurred a decision to have a gastric-sleeve bariatric procedure. “I have been overweight since I was a teenager and I didn’t like what I saw when I looked in the mirror,” said Ramirez, who is 5 ft. 3 inches and weighed 225 pounds before her surgery in August. “People would tell me I was pretty and I didn’t need to lose weight but I knew I was obese and was sick of being fat.”

Diets, exercise programs, prescription pills, Ramirez says she tried everything from Atkins to Weight Watchers. The final straw was when poor health affected her family. “My brother had a heart attack at the age of 35. I already had cholesterol problems and I knew my weight would continue to cause more health problems,” said the administrative secretary.

Ramirez attended a free weight loss information session offered by Loyola. “I liked what I heard about their program especially the nutritional counseling, exercise guidance and regular support groups,” said Ramirez. “Loyola confirmed that my insurance would cover the procedure and that was the final green light to decide bariatric surgery was right for me.”

And Ramirez’s resolution for 2013? “To help others win the battle of the bulge.People are always asking me my success and I tell them to attend a Loyola information session,” she says. “I like looking at myself in the mirror now. I want others to lose weight and like what they see in the mirror, too.”