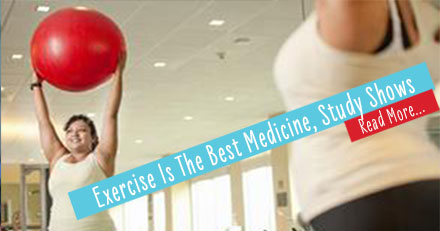 Women would benefit from being prescribed exercise as medicine, according to a QUT study that revealed moderate to high intensity activity is essential to reducing the risk of death in older women.

Professor Debra Anderson, from QUT’s Institute of Health and Biomedical Innovation, said that in addition to conventional treatments for physical and mental health, health professionals should be prescribing tailored exercise programs for older women.

Professor Anderson and QUT’s Dr Charlotte Seib co-authored a paper published in the international journal of midlife health and beyond, Maturitas, which pulls together five years of research looking into the impact of exercise on mental and physical health in women over the age of 50.

“When once we thought that 30 minutes of mild exercise a day was enough to improve health, research is now telling us that older women should be doing at least 30-45 minutes five times a week of moderate to high intensity exercise and by that we mean exercise that leaves you huffing and puffing.

“It’s also important that the exercise be tailored to ensure that it is high intensity enough to obtain the positive sustained effects of exercise.”

Professor Anderson said studies had shown that high intensity exercise over a sedentary lifestyle significantly reduced the risk of death.

“Older adults who undertake regular physical activity also report significantly less disability, better physical function and that is regardless of their body mass,” she said.

“The most active women are more likely to survive than the least physically active women.

“We have an aging population and as a result promoting healthy aging has become an important strategy for reducing morbidity and mortality.”

“What we are saying is that high-intensity exercise is not only good for your physical health but also your brain health,” she said.

“Our studies show that mid-to-later in life women are jogging, running, hiking, swimming and riding,” she said.

“Doctors should be developing exercise programs that are home-based and easy to incorporate as part of everyday activities.”