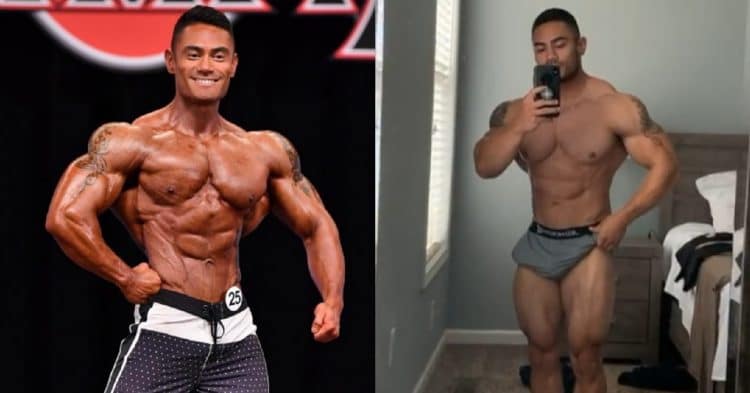 For the entirety of his bodybuilding career, Jeremy Potvin has been competing in the Men’s Physique Division. However that is all about the change, as he recently made the announcement on social media that he is moving to the Classic Physique Division, to compete moving forward.

The announcement came through a post to social media, where Potvin simply stated that he was going to be taking time away from Men’s Physique competition. He did not reveal much more than that, only saying that he was ready for a new challenge and including the #classicphysique.

“It’s time for a new journey and a new challenge. #classicphysique” he wrote

This news came as a bit of a shock to Jeremy’s fans who have gotten used to seeing him compete as a Men’s Physique competitor. After all, he has competed for the Men’s Physique Olympia title on four occasions, scoring as high as 3rd in his first year, and was considered a valuable addition to the division.

However Jeremy Potvin opened up a bit about the nature of this decision, and what factors contributed to him moving to Classic Physique, with a subsequent post. Here he provided a physique update while saying that he has a lot of room to grow and develop a strong package before reaching the weight class, seemingly implying that he felt like he plateaued in his previous division.

“-I can still add 27lbs before I reach the 180lbs weight cap for classic at my height. However, that’s not my goal. I just want to create something that flows nicely.

-Now that I can finally train with significantly reduced knee pain, the work will be put in.

-I have a lot of ppl in my corner that will be helping with my progress every step of the way.

-Mentality and work ethic is everything. I’m going to make it happen.”

How Will Jeremy Potvin Do At Classic Physique?

This is the question that is on everyone’s mind, and for good reason. After all, Jeremy Potvin never quite continued the momentum that he the experienced from his first Olympia appearance in Men’s Physique.

In the end, we are all going to have to wait and see how he looks. That being said, as he noted in the post, he has a lot of mass that he can add to his physique, in order to further his development in a way that suits his new judging criteria.

By all accounts, his biggest assets are going to be his strong v-taper, as well as his wide shoulders and small waist. On the other hand, the biggest hurdle for Potvin is going to be with his legs, as this has not needed to focus on them for his run at Men’s Physique, given the fact they are notoriously the only division to allow full length board shorts on stage.

Jeremy Potvin has always been a promising talent, who may not have reached his full potential in Men’s Physique. It will be interesting to see how this change will affect his career, whenever he makes his Classic Physique debut.