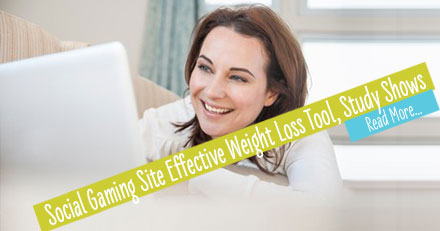 Researchers from The Miriam Hospital have found that DietBet, a web-based commercial weight loss program that pairs financial incentives with social influence, delivers significant weight losses. The study and its findings have been published in the current issue of the open access publication JMIR Serious Games.

On Dietbet.com, players join a game to lose weight while betting money on themselves. Players all have four weeks to lose four percent of their starting weight. At the end of week four, all players who have lost at least four percent of their initial body weight are deemed “winners” and split the pool of money collected at the start of the game. To verify weight losses, players submit photo-based evidence of their weigh-ins to DietBet’s referees at the start and end of each game.

“Online social weight loss programs are accessible to large numbers of overweight and obese individuals who want to lose weight,” Leahey says, “but there has been little research to date on whether such programs are effective, or just how much weight loss they generate.”

Leahey studied nearly 40,000 DietBet players over the course of seven months. She found that winners lost an average of 4.9 percent of their initial body weight and won an average of $59 in four weeks. Factors associated with winning the game included betting more money, sharing on Facebook, completing more weigh ins, and engaging in more social interactions with the other players. Interestingly, weight losses tended to cluster within games, suggesting that players tended to influence and motivate each other.

The Miriam Hospital study found that by using financial incentives and creating social networks around weight loss, websites like DietBet.com may provide a convenient, cost-effective solution to people who need to lose weight.

“Research evaluating the effectiveness of web-based weight-loss programs is rare,” Leahey adds, “and this study could help consumers lose weight together as part of a web-based community.”

“This study backs up in a scientific way what we’ve been seeing all along, which is that players in our DietBet game get meaningful motivation and support from a combination of competition, collaboration, and financial incentives,” said Jamie Rosen, DietBetter’s founder and CEO. “Plus, it’s a lot of fun.”