Mu took home the gold after finishing the 800-meter race with a blazing time of 1:55.21, breaking the U.S. record
Athing Mu 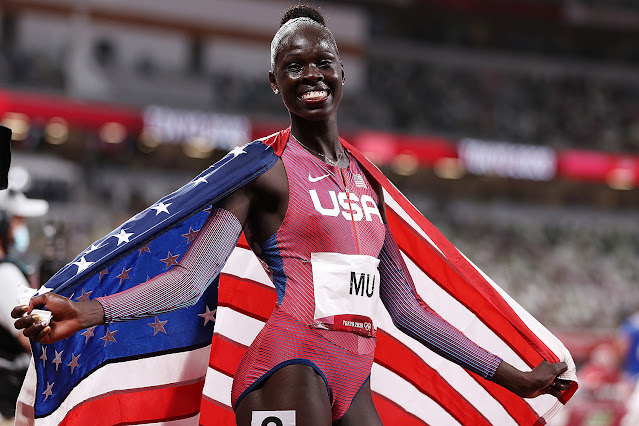 In just under two minutes, Athing Mu earned a gold medal and broke a U.S. record at the .

The 19-year-old from New Jersey won the women's 800-meter race on Tuesday, becoming the first American woman to win gold in the event since the Mexico City Games in 1968. It is the fastest time an American has ever finished the race and the fifth-best time in Olympic history.

"Now I am happy and satisfied, I am glad I did what I have been doing all year, and not switching off because I am at the Olympics," Mu told reporters after the race. "Just being me is what makes me more proud about this experience."

", my mind was very chill, I wasn't nervous or anything — I was just ready to go, ready to do what I had to do to get on that medal stand," Mu explained.

Mu, who recently signed an endorsement deal with , did not hide her confidence before heading to Japan. During an interview with before the start of the Games, she said she saw herself as the likely winner of the 800-meter race.

"I'm looking forward to standing on the podium, the middle one, and receiving the gold medal that in the future will have my name engraved on it," Mu said. "I just want to be an Olympic champion, to be completely honest!"

While things went perfectly during the run for Mu, there was one slip up before the start of the race.

During the opening round heat, the Olympic public address announcer badly mispronounced Mu's name. Fortunately, she took the error in stride.

"The next step is getting them to pronounce it the right way," she told the media after her win. "It has been a good couple of years of building my name, running with the senior teams, running with professional athletes, running in high school or college meets." 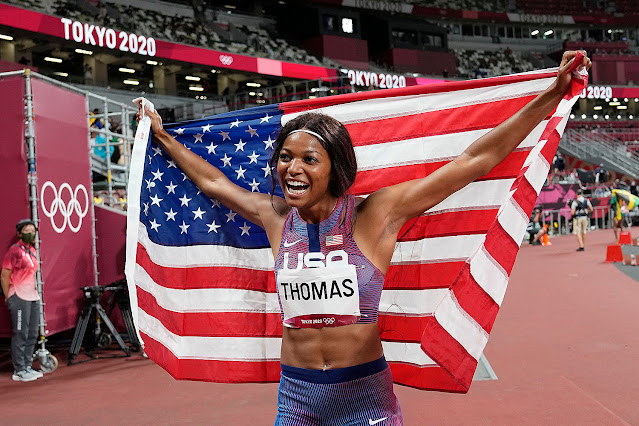 "It was a very tough three seconds at the end, not knowing if I got a medal or not, but I focused on my composure," Thomas told reporters after the race. "The last thing my coach told me was to stay relaxed throughout the entire race and I think that is what got me the medal."

Thomas, a Harvard alum and current University of Texas grad student, said she hopes she can be an inspiration for anyone hoping to achieve their dreams while balancing multiple roles in their lives.

"For me it is really important to find balance [in life]," she explained, "and just to let anyone know that you can really do whatever you want to do as long as you are passionate about it."