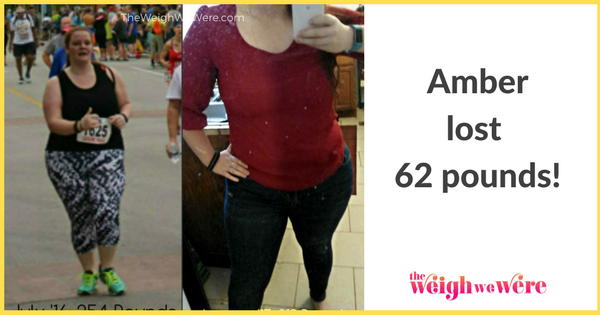 I started having weight problems around fifth grade. I was an unruly child due to abuse in the home and I was placed on ADD medication. My metabolism tanked, and even years later when I was off medication and coping in healthier ways, it never quite got back to full capacity.

HOW DID YOUR WEIGHT AFFECT ANY ASPECT(S) OF YOUR LIFE?  My weight kept me from feeling like a person. I never wanted to be in photos or even go to big events. I constantly shied away from mirrors and I hated being close to any reflective surface. I had an eating disorder in college and I became very depressed.

I would avoid traditional dating due to the belief that I was too fat to be courted and loved properly. It led to a downward spiral in my life, with allowing myself to be used and overlooked because I felt I deserved no better.

At a certain point, in college. I saw the number 267 on the scale. I’d had no idea it had gotten so bad. At that time, I stopped seeing myself as attractive. Even when I would get dressed up, I felt it was subpar and no one would notice because of my weight. I wore sweatpants for almost an entire year and I just ballooned.

WHAT WAS THE “TURNING POINT” THAT GOT YOU STARTED ON YOUR WEIGHT LOSS JOURNEY?  In October of 2015, I took a job as a 911 Dispatcher. It was a very sedentary job, and I got broken up with the first week I was employed. It had been my first love and I was devastated! So how did I cope? Eating of course.

February 21st, 2016 is a date I will never forget. It’s the day I put a new battery in my digital scale and realized how far I had let myself go. In four months, I had gained 30 pounds. I decided right there that I wasn’t going to gain one more pound. I never understood the true power of a soul-deep motivation before that moment. I simply decided it would not get worse and…it didn’t.

HOW DID YOU GET STARTED?  I threw out every scrap of food in the house and joined the YMCA. I started using MyFitnessPal and I set up a calorie limit for myself. The next day, I bought a bunch of workout clothing from Wal-Mart and I joined a few classes. The group classes were what kept me going at first. Having some people expecting me made it easier to convince myself to go.

HOW LONG AFTER YOU STARTED DID YOU BEGIN TO SEE RESULTS OF YOUR WEIGHT LOSS EFFORTS?  The weight came off rather quickly. Within the first month, I’d lost about 14 pounds. It has slowed down significantly, which I know now is due to metabolic adaptation.

WHAT WAS THE HARDEST PART?  The challenged I had to overcome were numerous. First, I had a sedentary job which would keep me on the clock for 12 hours. Second, I lived alone and had no friends who could regularly engage in fitness with me. And third, food was my coping mechanism. It’s still hard to fight that inner fat girl voice back.

The worst challenge though had to be how rapidly my mindset changed. In my head, I was a fitness goddess, strong and muscled and lean. But in pictures and the mirror…I was still a product of 10 years of dietary neglect. It is still hard to overcome. I know it’s better than it was and I keep improving.

DID YOU EVER WANT TO GIVE UP? WHAT KEPT YOU GOING?  I had downfalls for sure. I once went a week without caring about what I ate. The motivation to get back on board is my mantra. Whenever I’m feeling anxious, I tell myself “You get better every day.” When I was falling off of the wagon, I couldn’t say that. I felt myself losing control and I yanked it back.

Tossing out the tempting food helps. Looking at progress pictures does too, as well as watching vieos of Olympic athletes. Molly Huddle is my favorite!

DID YOU HIT ANY WEIGHT LOSS PLATEAUS? HOW DID YOU OVERCOME THEM?  I hit numerous plateaus. When you diet for 10 years on and off in numerous ways, your body learns to adapt to a deficit really quickly. When I hit plateaus, I like to mix it up a little, for instance go super low carb for a couple of weeks or drink only water, and lots of it. Sometimes I’ll try programs or meal plans to keep it fresh. Calorie deficit though has been my main tool for weight loss.

HOW LONG DID IT TAKE YOU TO LOSE MOST OF THE WEIGHT?  It took me from February to January to lose this weight. I’d say the bulk came off between February and August. I’m still losing, but I am finally comfortable in my own skin.

DID YOU HAVE ANY NON-SCALE VICTORIES?  The first time I got into a size 12 dress was amazing. I fell in love, and for once I don’t question constantly if he really likes the way I look. I can run and not worry about my body parts jiggling.

The other day in Wal-Mart, I caught a glimpse of myself in the mirror and I didn’t feel my heart sink! Every day my hip bones and collar bones get more prominent and I get really happy about that.

A huge one though was going to my doctor and having my labs come back all perfect. No issues. I have turned my health around!

WHAT DOES YOUR DAILY DIET LOOK LIKE COMPARED TO WHEN YOU WERE HEAVIER?  I was absolutely an emotional eater before I lost weight. It was how I would cope. I would eat massive amounts of food, sometimes driving to two or three different places to get multiple meals for one night.

I felt sick all the time and rarely had any energy. Sometimes I would get fed up with myself and try to diet. It would start out very strict and eventually crash once I slipped up.

A normal meal for me then would be a cheeseburger or two with a large cup of fries, followed by half a box of cosmic brownies and then potato chips later on.

HOW DOES YOUR PHYSICAL ACTIVITY COMPARE TO WHEN YOU WERE HEAVIER?  When I wasn’t actively involved in improving myself, exercise was always a chore. I would overtrain and try to get fast results, then give up when the miracle didn’t happen. In high school I was the first cadet to get a certain rank academically in JROTC, but I couldn’t progress in the unit for three more years due to my physical shape.

Now I enjoy running immensely and find both physical and emotional healing in it. When I started losing weight, I was taking Spin Classes and Circuit Training in groups which I really enjoyed. It wasn’t until April that I tried running again. I was very discouraged by the fact that I couldn’t run for more than 30 seconds. However, for some insane reason, I wanted it. I envied runners for the freedom and confidence they displayed. So, I kept trying.

I got fitted for running shoes at Fleet Feet and I signed up for a 5K. I completed the race in 57 minutes. It was slow…but the joy I felt crossing the finish line is still indescribable. I kept racing, eventually completing five 5K races and one 10K. The first time I ran a mile without stopping made me cry…and want more!

My ultimate goal is a marathon and I hope to complete it by this year. From only being able to run for 30 seconds to running for almost 3 miles, I couldn’t be happier with it.

Running is therapy. It promotes a self-awareness, discipline, and restraint. It’s also freeing… I never feel sexier or more powerful than I do after a long run.