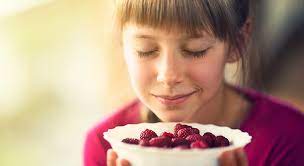 This post takes you on a journey from the mouth to the gut microbiota and into the colon, so you can see that how you feel after a meal depends on a range of factors, including appetite, food smells and even your eating habits.

Do probiotics help with bloating

Think about the contrasting expressions “I eat to live” and “I live to eat.” Whichever one defines your outlook, it can be said that for most people, food intake is an everyday pleasure and the action of eating needs to be both gratifying and attractive.

Satiety is a sensation controlled by the release of molecules into the brain. But did you know that how you feel after a meal depends on your appetite, the smell of the food and even your eating habits? The reaction of your digestive system to food intake is explained in a new review in Nutrients by Dan M Livovsky and colleagues, entitled ‘Food, Eating, and the Gastrointestinal Tract’.

The smell of a barbecue, the color of a fruit salad and the sound of crispy pastry are all organoleptic properties (using the senses) that trigger your appetite even before you take the first bite of a meal. Then come temperature, texture, pungency and taste.

Taste is probably the most reliable sense used during food intake, involving the five basic categories of salty, sour, bitter, sweet, and umami. Receptors for those tastes are mainly present on your tongue, but it appears they are also present along the gastrointestinal tract, and their function is to regulate gut homeostasis. Inherently, gut homeostasis* is a part of a range of hedonic sensations such as digestive well-being and mood, while post prandial experience is linked to various variables relating to food intake.

The perception of taste and food can be understood according to the concept of palatability: how pleasant something is to eat—or not, as the case may be. For example, palatability** decreases as hunger diminishes and satiety emerges. For individuals presenting symptoms related to food consumption, such as irritable bowel syndrome (IBS), the hedonic sensation before a meal (palatability) and during consumption (taste) does not correlate with the experience during digestion. As such, in those individuals, unpleasant digestive sensations will lead to a decrease in palatability.

The hedonic sensation experienced after meals depends on many factors and needs to be further investigated to assist with care for individuals with anorexia and bulimia. Moreover, awareness of food consumption and rediscovering tastes could become allies in the battle against obesity.

Between one and two hours after meal ingestion, food residuals such as fermentable fiber start to reach the colon. Consequently, the gut microbiota produces gut-feeding molecules such as butyrate—one of the most abundant short chain fatty acids—neurotransmitters such as serotonin, and gas. Total gas production at the peak of microorganism activity is somewhere between 200mL and 600mL, with gas in the colon remaining for 4 to 6 hours and then gradually declining. As such, flatulence can cause a bloating sensation and discomfort, thus reducing the palatability of the next meal. However, little is known about the proper interaction between food absorption and the reactions within the gut microbiota, making further investigation of the subject worthwhile.

Food ingestion triggers hedonic behaviors in the eater at different stages of the process. As such, eating is an oft-forgotten but essential source of pleasure that is key to supporting healthy habits (chewing, time of meal) and a healthy diet (food diversity).

*Biological homeostasis is the natural regulation of the organism to keep the biological parameters of the human body constant when facing changes in the environment (e.g. body temperature).

**The hedonic sensation derived from food that is pleasurable or aversive to the palate.