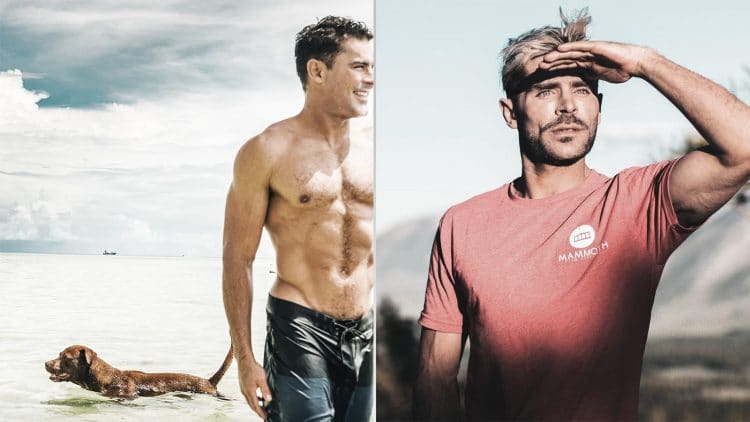 Actor and singer Zac Efron celebrated his 34th birthday on October 18th and posted a shirtless thirst trap on his Instagram account to mark the occasion. The Photo clicked on a Thailand beach showed off Effron’s six-pack abs and a perfect V-cut.

Efron is currently stationed in Thailand for a movie shoot and posted the photo to thank everyone for the birthday wishes. The High school Musical star rose to prominence in the 2000s as a teenage actor and joked about getting old in the caption to his post.

‘It’s my bday again? I’m gettin old now- thanks for the bday wishes everyone I love you. I am so lucky to be able to be on this amazingly fun ride with you all. This one feels very special as I get to spend it in Thailand, alongside the most talented and kind cast and crew, making a movie that I think will be awesome… couldn’t be a happier moment in my life. Love you all so much.’ Zac Efron wrote in the caption.

Zac Efron’s physique looks impressive in his birthday post. However, the High School Musical star achieved an incredibly jacked physique and impeccable look for the 2017 movie Baywatch. The 34-year-old actor had to follow an extremely difficult diet and workout routine to get in perfect shape for the role.

Zac Efron will never get in the Baywatch shape again

The preparation for the role of Matt Brody in Baywatch made a serious impact on Zac Efron’s approach to fitness and diet. Ever since the release of the movie, Efron has publically spoken about the difficulties in maintaining the jacked look. He has stated multiple times that he will be perfectly fine to never get in that good of a shape again.

During his appearance on the show Hot Ones in 2020, Zac Efron spoke candidly about his experience of Baywatch and stated that he had started to lose his mind as he began worrying about little things rather than focussing on the holistic approach to diet and fitness.

“You’re working with almost no wiggle room. You got things like water under your skin that you’re worrying about, making your six-pack into a four-pack. Shit like that. It’s just stupid and it’s not real. I’m happy that it worked and I’m happy that it got me through it. I may do it again if there’s something worthwhile, but I’ll wait till it gets to that. I don’t need it.”

Most recently, Zac Efron played serial killer Ted Bundy in the movie Extremely Wicked, Shockingly Evil, and Vile. His upcoming projects include survivor thriller Gold and a drama film The Greatest Beer Run Ever which will also star Russel Crowe.