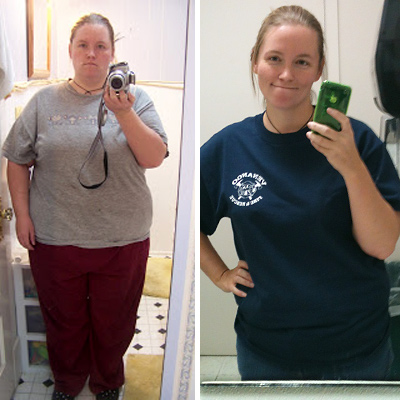 What was the “turning point” that prompted you to lose weight?  I stepped on the scale in March 2009 and nearly cried when I saw the big 270.  My highest weight ever had been 279 pounds in high school and throughout the years I’d slowly lost weight, but being a stay at home mom, I had obviously started putting on the weight again.  I had my 10-year high school reunion coming up that August and I was determined NOT to be that fat girl from high school when I went.

When did you start trying to lose weight?  I decided that day in March 2009 that enough was enough.  By my high school reunion in August, I had lost 40 pounds.

How did you get started?  I started walking at least a mile every day at the high school track and I diligently counted calories – limiting myself to 1,200 a day.  Weighing every single thing out and tracking it takes a lot of time and I’m usually the last one to eat my dinner, but it’s so worth it when you step on the scale.

What was your biggest challenge?  The hardest part about my new lifestyle was finding time for myself so I could go for those daily walks or going to the gym and not feeling guilty.  My husband supported me 100 percent though, so that helped a lot.  Also, twice during this journey, I’ve gotten pregnant, so accepting weight gain was tough, but I managed to continue my healthy eating lifestyle with both pregnancies.

Were there times when you wanted to quit or give up?  How did you stay motivated?  Having my husband’s full support was the best motivator.  When I was tired or wanted to give up, he was there to push me.

If you reached a weight loss plateau, how did you break out of the rut?  I ran into a lot of plateaus while losing 100 pounds and switching things up really helped.  It sounds counterproductive, but I’d add more calories a few days a week, in order to jump-start the weight loss process, and it usually worked. Getting a gym membership and having access to different machines really helped keep myself from getting bored or plateau-ing.

What’s your current exercise routine?  I was in a rollover car accident in January and was put on restricted activity for awhile, so my routine was pretty stationary.  I just recently started hitting the gym again.  My favorite machine at the gym is the elliptical, and eventually I’d like to start strength training, but those machines intimidate me a little bit!  In April 2012 I began running regularly and participated in three 5Ks that year, but since the accident, I haven’t been released to run yet.  I’m aching to get back into it, though!  I have plans for several 5Ks this year, along with wanting to start training for my first half marathon, which will be in October!

What’s your daily diet look like?  Consistency has really helped in this journey. I pretty much eat the same thing every day.  Sometimes it gets boring so I switch it up a bit but knowing exactly what my menu is each day really helps keep me on track.  For breakfast, I have oatmeal  or cereal, yogurt (Greek or regular), and fruit.  Lunch is either a big salad or a sandwich and a small salad.  Dinner is usually pasta and chicken and some sort of vegetable.  I also have snacks throughout the day – yogurt or fruit or maybe an English muffin with sugar-free strawberry jam.

What’s your favorite healthy snack or meal?  I look forward to my salads.  Lettuce, cottage cheese, a little bit of ranch dressing and some shredded cheese – so good!  I also eat a lot of grapes and bananas – it’s really hard to keep them in the house because the whole family loves them.

Do you have any specific suggestions for avoiding temptations?  Recognizing problem foods is the first step.  I can’t have certain things in the house or it will trigger a binge.  The best way to avoid temptation is to not buy those things that are hard to say no to in the first place.

What’s your life like after weight loss?  I don’t worry so much about breaking chairs or hurting my husband when I sit on his lap.  Shopping is more fun when you’re not worrying about whether something will fit or not.  But I still see that fat girl when I look in the mirror.  I have a hard time accepting compliments because I just don’t believe that I deserve them.  Being overweight, especially all your life like I was, isn’t just a physical thing – it’s a mental thing, too, and overcoming that mental block can sometimes be just as hard, if not harder, than the actual weight loss itself.

If you have any suggestions to others what would they be?  Realize that this is a lifestyle change and remove the word ‘diet’ from your vocabulary. This isn’t temporary, unless you want the weight loss to be temporary.  Don’t give something up unless you’re planning on giving it up for life.  Moderation is key – you don’t have to give something up to lose weight – just eat less of it.  And document everything – before and after pictures are really helpful when you think you’re not making any headway.  Same with measurements.  The scale isn’t the only way to measure your success.  And finally – tell people.  I know it seems embarrassing, but you don’t have to tell them your weight.  But having people know what’s going on helps keep you accountable, which is one reason I started my blog.  My family never knew my starting weight until I lost a significant amount of weight but since they knew I was trying to lose weight, they were helpful and didn’t try to deter me or tempt me with things I didn’t want to eat.  If I said “no thank you” they understood why, and having them on board with my plans was the most helpful support I could ever ask for. 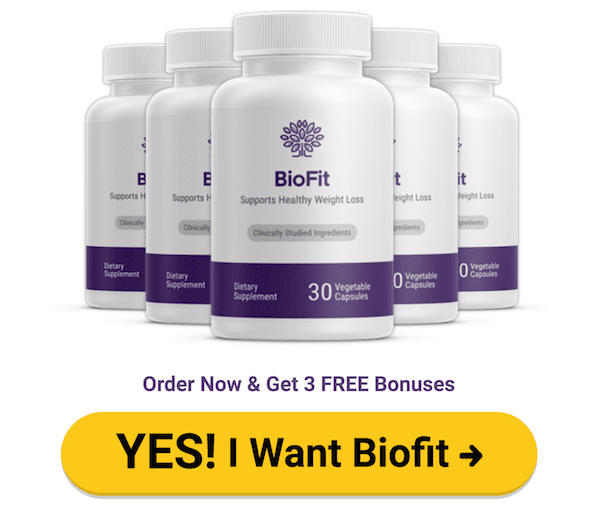