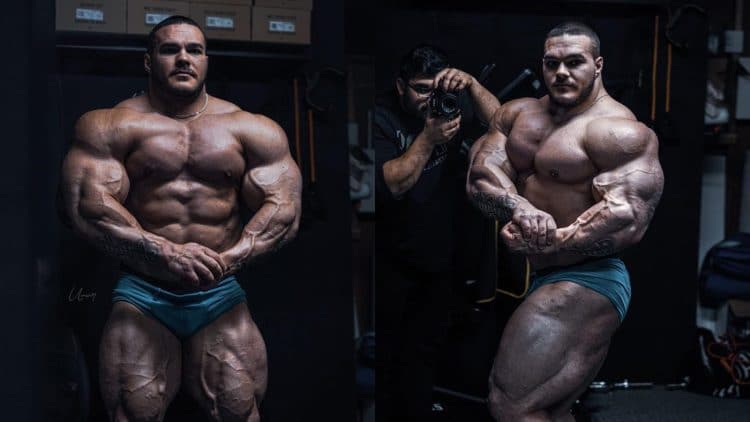 IFBB Pro bodybuilder Nick Walker recently dropped an off-season physique update on his Instagram account. Within one year of turning pro, Walker went on to win two of the most prestigious pro competitions, the 2021 Arnold Classic and New York Pro. In addition to that, Mutant even earned a respectable fifth-place finish at the 2021 Mr. Olympia.

The impressive run to start the pro career has convinced many experts that Walker could be the next big thing in the bodybuilding world. His recent physique update only solidifies this belief as Walker looks absolutely jacked and stage-ready even in the off-season. Courtesy of Nick Walker’s Instagram account, you can watch his recent photos here:

“I don’t take my offseasons lightly,” Nick Walker wrote in the caption to his post.

“Never miss a meal
Never miss a workout
The secret is consistency, stay dedicated, stay disciplined and speak everything you want to achieve into existence and watch how far you’ll go.
One year from now im hurting everyone’s feelings,” Nick Walker wrote in the caption to his post.

Nick Walker is taking his career to a whole different level

Nick Walker has kept himself busy with off-season training to make solid improvements. Walker believes that although progress can be achieved during competitive preparation, a bodybuilder can make real gains only during the off-season. Therefore, the 26-year-old is training hard in the off-season and has posted quite a few workout videos on his YouTube channel in recent times.

Walker will not compete at the upcoming 2022 Arnold Classic which is considered to be the second most prestigious professional bodybuilding competition. However, the recent updates show that Walker had a real chance to win if he did compete. Nevertheless, Walker’s off-season updates only show that he is working towards taking his career to a next level in the years to come.

The 2021 Mr. Olympia did not quite yield the results that Nick Walker must have expected. However, Walker now has the experience of competing on bodybuilding’s grandest stage. It would not be surprising if he emerges as the serious threat to the Mr. Olympia crown in 2022.