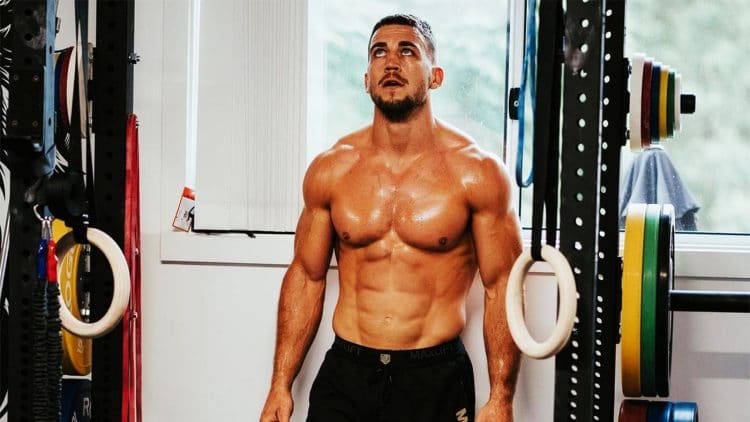 Australian CrossFit athlete Ricky Garard has announced his withdrawal from the 2022 Wodapalooza competition. Garard made his return to the competition after four years with a bronze medal finish at the 2021 Dubai CrossFit Championship. Wodapalooza is underway in Bayton Park, Miami. Hours before the competition started, Ricky Garard announced his withdrawal due to food poisoning and breathing issues from Covid-19 infection.

Ricky Garard made the announcement in an Instagram story and wrote:

“After being hit hard by COVID two weeks ago and still struggling to breathe properly in training as it is, to now having food poisoning the night before Wodapalooza, it kills me to do this as I’m not one to go out without a fight, but unfortunately, me and my team have decided the safest option for my health and longevity is to withdraw from the competition,” Ricky Garard wrote in his Instagram story.

Ricky Garard played in the National Rugby League for Canberra Raiders before transitioning to CrossFit. Out of his six CrossFit Open appearances, Garard’s best standing came in 2017 when he finished 23rd overall and 1st in Australia. That same year, Ricky Garard secured a bronze medal at the CrossFit Games. However, CrossFit Games stripped his medal and prize money after Garard tested positive for banned substances Testolone and Endurobol.

Subsequently, Ricky Garard received a standard four-year suspension from the competition. However, The 28-year-old later owned up to his mistakes and made a solid comeback at the 2021 Dubai CrossFit Championships. He won a Bronze medal in the competition.

Organized by Loud & Live Sports that also organizes the Granite Games, Wodapalooza is a four-day CrossFit competition that is underway from 13th to 16th January in Miami, Florida. Competitors in the Elite Individual, Teams, Age Group, Teen, and Adaptive divisions are competing at the event. Furthermore, the 2022 Wodapalooza boasts the largest prize purse in its history. The winners of the men’s and women’s Elite Individual divisions will take home a whopping prize purse of $100,000 each.

Reigning champion Patrick Vellner is competing at Wodapalooza to defend his top spot. Reigning women’s champion Tia-Clair Toomey-Orr is not participating in the competition, paving way for a new champion to emerge. Toomey-Orr is attempting to make a spot for herself at the 2022 Winter Olympics in Bejing, Chinna as a part of the Australian Bobsleigh team.

For those interested in watching, 2022 Wodapalooza is being streamed live on Loud & Live Sports’ YouTube channel for free.