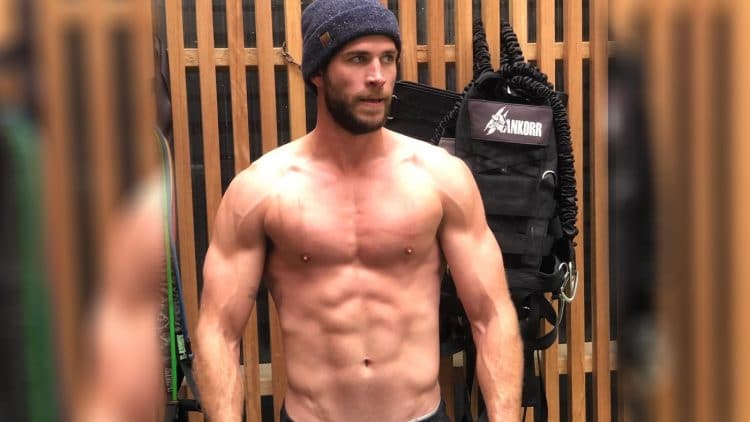 The Hemsworth brothers look like superheroes when the cameras aren’t rolling but Liam stole the show after Chris wished him a happy birthday on social media. Recently, the Hollywood actor took to Instagram and made fun of his brother’s physique while wishing him a happy 32nd birthday.

In recent years, the Hemsworth brothers have taken to fitness and health like a duck to water. Along Chris’ path as an actor, the Australian native has obviously found a knack for healthy dieting and exercise. Chris Hemsworth recently wished his brother, “The Hunger Games” and “Independence Day” actor, Liam Hemsworth a happy birthday, and his parting gift was an offer to get in shape.

The Hemsworth brothers are known for going hard at the gym. Year after year, the two action stars captivate with more than just their acting chops. Regardless, Liam Hemsworth looks like he’s been getting busy at the gym lately. It remains to be seen if Liam is building muscle in order to prepare for a new movie role.

Aside from the obvious tips and tricks about dieting, the Hemsworth brothers are always dedicating time to self-improvement. Recently, Chris wished his brother a happy birthday, and in doing so, offered a helping hand with his physique.

The Hemsworth brothers always stay in shape. Chris has even helped create a system dedicated to facilitating fitness and wellness called CentrFit.

Recently, the Hollywood actor took to Instagram and showed off a ripped picture of his brother.

“Happy birthday @liamhemsworth hopefully this is the year you finally get in shape and take care of yourself 😂💪To help with your transformation I’m gonna gift you 10% off a @centrfit membership #familydiscount love you” Chris Hemsworth shared.

The Hemsworth brothers have been pivotal in the Hollywood scene for some time. Chris has starred in hit action films like “Thor”, “The Avengers”, and “Snow White and the Huntsman”. Of course, Liam smashed box offices around the U.S. a multitude of times with the “The Hunger Games” series.

Fans, far and wide have flocked to the two handsome brothers known for their ability to capture an audience. Despite Chris’ joking, it’s nice to see Liam looking ripped as ever while celebrating his 32nd birthday.