Andy and Candis Meredith defended themselves against accusations of broken promises, busted budgets, and shoddy workmanship as their show was removed from the network Friday 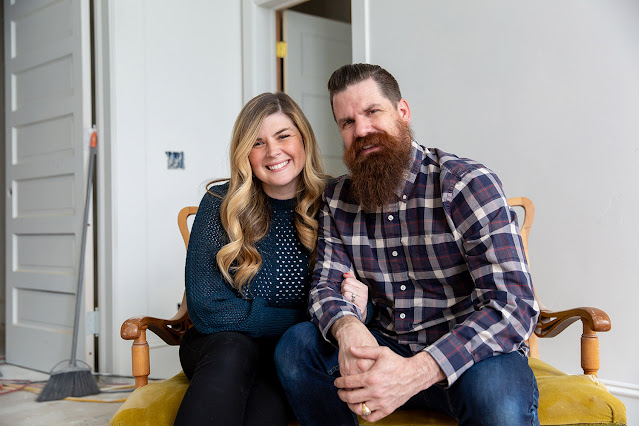 Andy and Candis Meredith have spoken out after several of their former clients detailed how they believe they were scammed by the couple.

"We've seen stories that has [sic] been circulating, and although we cannot speak for anyone but ourselves, we can say that we have always tried to give everything we have to make anyone we work with happy," the pair, whose show Home Work made its TV debut with the launch of Chip and Joanna Gaines's Magnolia Network on Wednesday  and was pulled off the network Friday, wrote in a lengthy Instagram post . The show follows the Utah-based couple as they renovate a 20,000-square-foot schoolhouse into a home for their blended family of nine and tackle room makeovers for clients.

They continued, "We will never take away their truth and how they are feeling. We can only say that there are two sides to every story and while we chose not to go public with our truth, because we know how hurtful this feels, we understand that only hearing one side can paint a negative picture."

"We ask that these threats and piling on without the full story stop, they are the same handful of stories spinning and spinning, looking like there are 'so many' hurt people in our wake,'" the statement adds. "So many believe that we are frauds, have hurt people intentionally, and that we are not who we say we are. That is simply not true." 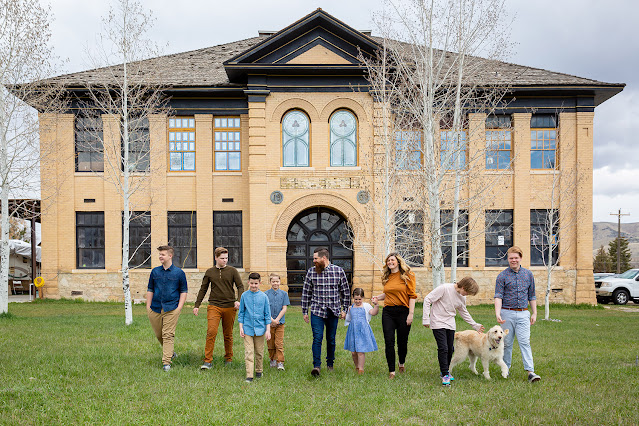 At least three homeowners the Merediths recruited for their show, as well as a local real estate agent they worked with, have come forward in the last few days with stories of shoddy or incomplete work, unsafe conditions, ballooning budgets and timelines, and a lack of communication from the couple.

Magnolia Network president Allison Page addressed the accusations in a statement shared with PEOPLE: "Magnolia Network is aware that certain homeowners have expressed concerns about renovation projects undertaken by Candis and Andy Meredith. Within the last few days, we have learned additional information about the scope of these issues, and we have decided to remove Home Work from the Magnolia Network line up pending a review of the claims that have been made."

Home Work first debuted on the Discovery+ streaming service in July 2021, when Magnolia Network launched digitally. No episodes are currently visible on the app.

Aubry Bennion, an acquaintance of Candis's whose kitchen makeover was filmed for Home Work, shared an 18-post Instagram series documenting   the months-long process of the Merediths' remodel of her Utah kitchen that began in the fall of 2019. The posts include receipts, screenshots of text conversations with Candis, and emails with a flooring company claiming they had not been paid. In an interview with Today, published Friday night, Candis confirmed they had not paid the flooring company, Lemco Design. "We were advised not to pay another penny towards her renovation after we were threatened with lawsuits," she said.

Bennion, an engineering project manager who also runs the crafting company Hello, Maypole , says she was promised a three-week timeline and a $25,000 budget for her project, but after several months with little work done and a surprise increase in budget to $40,000, she still had an empty box where her kitchen had been.

She filed a complaint with the Utah Department of Commerce Division of Consumer Protection in September 2021. The Merediths told Today that they were aware of the filing and were in contact with the state. "We have dealt with every agency that has reached out to us," Candis said.

Jeff and Teisha Hawley also recounted their renovation experience in a series of Instagram posts. They allege the timeline also increased dramatically for their multi-room project, during which they lived in their basement with their kids. They also claim faulty work and unsafe conditions, sharing a video of an incorrectly installed wood floor that bubbles up when you step on it and claiming that a worker fell through their floor. The Hawleys ended up pulling out of the project altogether after they say the Merediths told them they needed to increase their budget of $45,000 and requested an additional $35,000 to $40,000 to finish.

The Merediths confirmed the budget increase Bennion shared to Today, but would not comment on the Hawleys'.

She also shared an 18-post series on Instagram with details of her renovation — or lack thereof. Goates says she was approached for the show in the fall of 2019 as well. She and her husband took out a home equity line of credit and claim they paid $50,000 of a total agreed-upon budget of $100,000 to the Merediths for an addition, but no work has been done on the house to date. Goates says after her husband lost his job in May, they tried to end the project, but Candis convinced them to stay on and even paid back some of the money from their deposit, but still have not received back the full amount they are owed. The homeowners also say they had Candis sign over a "confession of judgement," by which, they hoped they would receive an automatic court award if Candis did not pay them back on schedule.

A former collaborator of the Meredith's has also shared his history with them.

Provo, Utah-based real estate agent and house flipper, Aaron Oldham of The Home Scoop, who says he worked with the Merediths as long ago as 2013, took to social media with his story on Wednesday, hosting a nearly hour-long Instagram Live that he later posted to his feed. He claims he partnered with the Merediths on a home flipping project that he then planned to sell, but upon touring the house, found numerous code violations that made it structurally unsound. Oldham claims he ended his business dealings with the couple and, with the help of a lawyer, recovered $15,000 he had invested in the property. He completed the project for a total of $65,000 and later sold it, he says.

One client has come to the Merediths' defense after hearing news of the show being pulled.

Jeana Quigley said she worked with the couple on her backyard "reading cottage," which was going to be featured on Home Work.

"I feel like I need to speak up reading all the attacks on them," she wrote in an Instagram Stories post that showed off the room. "Andy and Candis did beautiful work on my space, and while it took longer than I hoped, I ultimately feel that Candis truly wanted me to love the space." She continued by noting that no renovation she's done has "gone perfectly" and complimenting the series: "The first season of the show is one of the best home shows I've ever seen done. The world will miss out if we cancel them now."

In their statement posted on Instagram, Candis and Andy address some of the claims made by the homeowners.

"We adamantly deny that we have ever stolen money from these clients, we haven't defrauded 'so many families.' We worked with licensed general contractors. It is true that we are sometimes left with outstanding balances, but we always pay, even if it takes some time for us to make arrangements. To say anything otherwise is truly not ok. We have paid every amount of money we could to make things right and have continued making payments when necessary."

They admit that at least once, during the Goates family's project, "money we gave to a general contractor was misallocated." They call the situation "horrendous" but say, "We can't fully defend anything without taking down so many others and ruining their livelihood We have to be able to live with that, and again, wouldn't wish this on anyone."

Seemingly addressing the photos and videos posted by their clients, they continue, "We also have 'receipts' of things that have happened, working with general contractors can be so challenging and we have tried to carry as much of that burden from anyone we have consulted with at great personal cost to us financially, mentally and physically."

The couple also claims they "have not made a single penny" from these projects and have paid out of pocket for certain things "to create an overall positive outcome."

"One day we may have the courage to put everything out publicly to defend ourselves against the 'instagram mafia' that was called up. But in this moment, we know that anything we say will only be turned against us and hurt so many more."

The couple has turned off comments on the post.