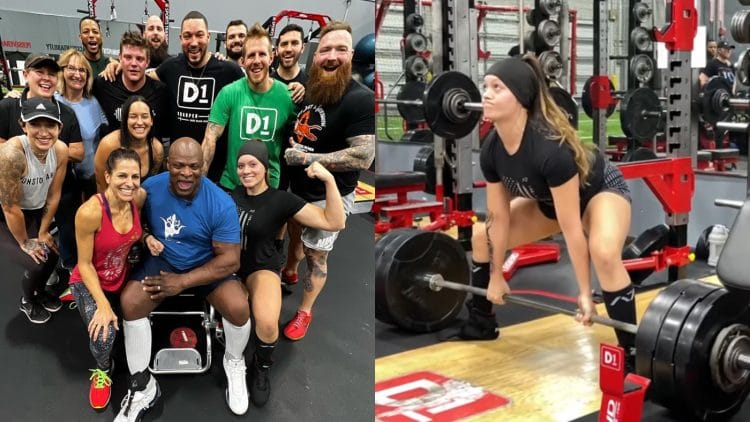 Training in Florida, the 8X Mr. Olympia champ Ronnie Coleman misses the nature of competition after watching some powerlifting routines at the gym. The bodybuilding King recently took to YouTube assisting with some powerlifting techniques and workouts.

There are few bodybuilders to ever reach the heights that Ronnie Coleman has seen. Coleman has established himself as one of the hardest working bodybuilders in the business. The legend has amassed an astonishing eight Mr. Olympia titles and did so in a consecutive manner. The King remains a significant figure in the sport today.

With over 1.25 million subscribers on YouTube, Ronnie Coleman has built an empire with his knowledge of exercise and dieting. In the lead-up to the new year, Coleman admits that he’s been able to gain a 285-pound weight thanks to adopting a healthier lifestyle. The bodybuilding legend maintains that stem cell treatments have played a huge role in being able to safely build up to 285-pounds in his twilight years.

Taking to his popular YouTube channel, the 8X Mr. Olympia champ relished the dedication emanating from the younger powerlifters.

That’s what it’s all about. I always try to tell people, that knowledge is power. The more you have, the better off you’re gonna be.” Ronnie Coleman says.

Related: How Strong Was Ronnie Coleman?

While Ronnie Coleman is known for his success in bodybuilding, the legend has also made his mark in the realm of powerlifting. Given that he has taken part in such a legendary career, it’s no surprise that Coleman continued to strive for PRs and various records during his time as an avid competitor.

The bodybuilding star demonstrated that his muscles were more than just for show. Back in his heyday, Ronnie Coleman was determined to duplicate his own deadlift record of 800lbs (2-reps) but this time his intention was to squat the 800lbs for 2-reps.

The mere fact that he attempted such a gargantuan squat before the Olympia competition was shocking enough. In the end, the bodybuilding legend showed that he can squat the monstrous weight just like his 800lbs deadlift.

With such an incredible amount of raw strength, it makes you wonder just how far Coleman would have gone if he pursued a career in only strength sports. After helping out in Florida with some powerlifting techniques, perhaps the 8X Mr. Olympia champ is contemplating a splash into strength sports after all.